apply now
Home | About us | Our Theatre

Dating back to the mid 16th century, the Bull Theatre has been a much loved venue and a vital part of the community.

Having survived two world wars, repeated threats of closure and demolition the building has undergone a number of changes over the years. Purchased from Benskins Brewery in 1961, the historic site has taken the form of a pub, a Civil Arts centre and a Magistrates court.

In 1975 the building was transformed into The Old Bull Arts Centre, a thriving and artistic cultural hub for local arts organizations and the only successful professional arts centre in the borough, however in 2004 the local council switched its funding from the Bull and constructed the much larger venue of Arts Depot in Finchley.

With concern that the community may lose its cherished arts venue, a Save The Bull group was launched, resulting in the local community organizations championing former actress and journalist Susi Earnshaw (LRWCMD; LRAM, LLAM, IPA) to relocate her full time stage school into the building.

The beloved building is now home to our wonderful school. Our 150 seat theatre has housed many magical performances and has been a creative platform for our pupils, upcoming theatre practitioners, industry professionals and emerging artists. Former students and creatives who have performed in our Theatre include the late Grammy Awards singer Amy Winehouse, Alexandra Burke, Lee Thompson (Madness), Aimie Atkinson (Pretty Woman), Stephen Ashfield (Jersey Boys and the Book of Mormon) Junior Giscomb and Jeffery Daniels (Shalamar). 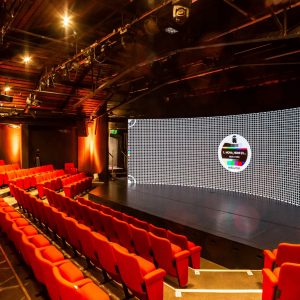 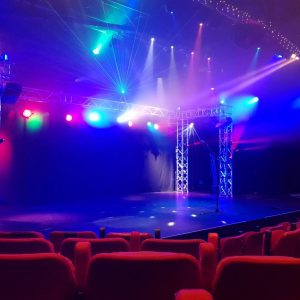 Admissions
We can take pupils at any time if there is a space available.
Discover

explore
We use cookies on our website to give you the most relevant experience by remembering your preferences and repeat visits. By clicking “ACCEPT ALL”, you consent to the use of ALL the cookies. However, you may visit "Cookie Settings" to provide a controlled consent.
Cookie SettingsReject AllAccept All
Manage consent

This website uses cookies to improve your experience while you navigate through the website. Out of these, the cookies that are categorized as necessary are stored on your browser as they are essential for the working of basic functionalities of the website. We also use third-party cookies that help us analyze and understand how you use this website. These cookies will be stored in your browser only with your consent. You also have the option to opt-out of these cookies. But opting out of some of these cookies may affect your browsing experience.
Necessary Always Enabled
Necessary cookies are absolutely essential for the website to function properly. These cookies ensure basic functionalities and security features of the website, anonymously.
Functional
Functional cookies help to perform certain functionalities like sharing the content of the website on social media platforms, collect feedbacks, and other third-party features.
Performance
Performance cookies are used to understand and analyze the key performance indexes of the website which helps in delivering a better user experience for the visitors.
Analytics
Analytical cookies are used to understand how visitors interact with the website. These cookies help provide information on metrics the number of visitors, bounce rate, traffic source, etc.
Advertisement
Advertisement cookies are used to provide visitors with relevant ads and marketing campaigns. These cookies track visitors across websites and collect information to provide customized ads.
Others
Other uncategorized cookies are those that are being analyzed and have not been classified into a category as yet.
SAVE & ACCEPT
Powered by